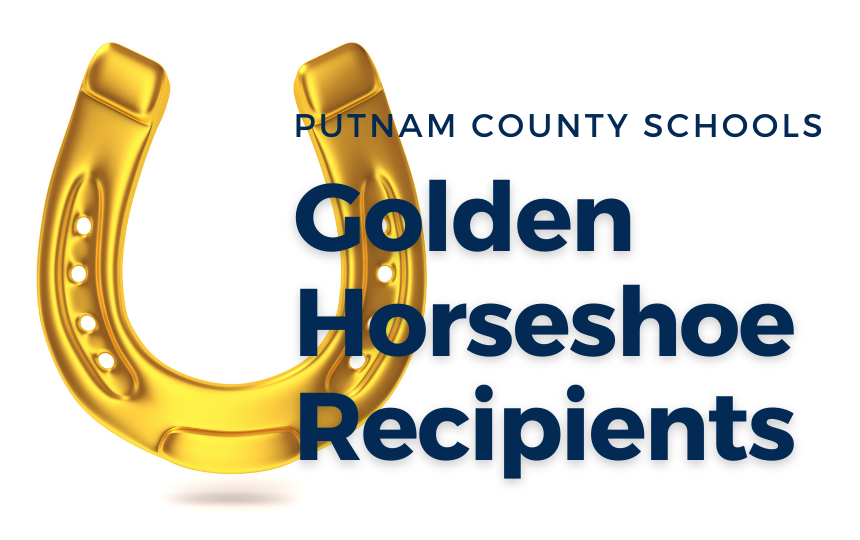 The WVDE will induct these students as a part of the 306th anniversary of the Golden Horseshoe legacy, recognizing them for their achievement in the knowledge of West Virginia history. The Golden Horseshoe remains the longest-running program of its kind in the country, and approximately 15,000 eighth-grade students have been recognized since its inception. The state has administered the test each year since 1931, focusing on Mountain State topics, including civics, government, geography, culture, and more.

The following students will join the prestigious ranks of West Virginia citizens who have won this esteemed award and respected title. Putnam County Schools would like to congratulate our 2022 West Virginia Golden Horseshoe Winners:

The WVDE will host three separate ceremonies to honor the 2022 Golden Horseshoe recipients on Tuesday, June 14, at the West Virginia Culture Center. The 2022  Golden Horseshoe winners list can be found on the WVDE website (LINKED).

Putnam students will be recognized during the first ceremony beginning at 9 am, along with the following counties: Boone, Braxton, Cabell, Calhoun, Clay, Harrison, Jackson, Kanawha, Lewis, Lincoln, Logan, Marion, Roane, Wayne, and Wirt. The ceremony will also be live-streamed on West Virginia Public Broadcasting stations.

Once again, Putnam County Schools would like to congratulate our 2022 Golden Horseshoe recipients on their tremendous honor and achievement!